Howdy doody!  Its a crazy autumn Saturday here and we've had blinding sunshine and heavy rain,  but at least its still  warm! Worse is to come......shudder!!!!
This weeks challenge at Make it Colourful we want you to use dots to colour your background.  I've used copics to colour my image which is a cutie digi from Crissy Armstrong ( who is our sponsor this week) , called Nose to Nose. And yes , its cute cos it has a wee doggie in it about to slobber all over her face!   I've merged it with the MIC Timber top ridge setting. 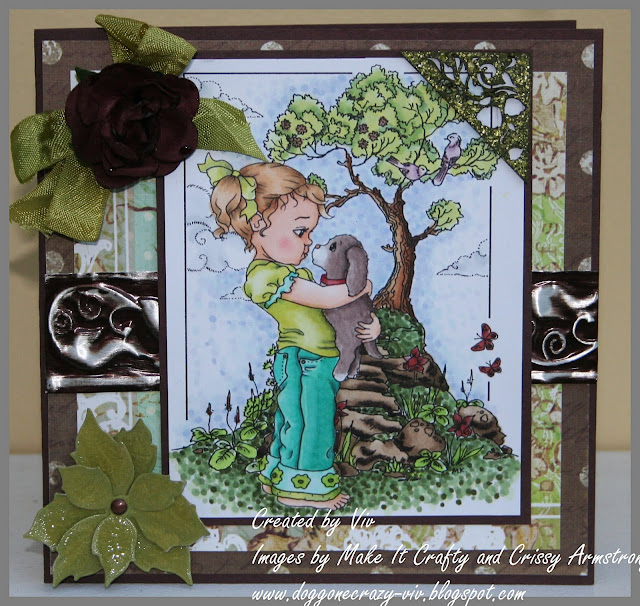 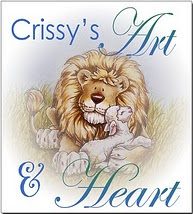 I've used Prima Raspberry tea paper, with hand-dyed ( using distress inks)  seambinding, a WOC flower, a magnolia die flower painted, then added crackle accents.  The metal strip is from Ten Second studio which I've had for ages but hardly played with.....so many toys, so little time! Sigh.....
The chipboard corner from MIC is coloured with copics then coated in distress stickles.
I'm entering this in Everybody Art- flowers
Stamping vacation- why dogs are better than cats
n
Posted by Viv at 10:03 PM

Beautiful card! I love those dots.

I love everything about your card, Viv!
hugs, Alina

LOVE this card and the colors are right up my ally - beautiful! I almost selected this adorable image myself (but decided it would be my next pick) and I love it with the Timbertop Ridge. Beautiful coloring and a fabulous layout! *Hugs

oh wow hun this is simply stunning oh must get that image,she is just adorable that wee dog oh just like my alice,your detail hun wow hugs cheryl xxxxxxxx

Woman!!!! You never cease to amaze me!!!! Thia card is absolutely amazing- just so gorgeous in every aspect!!!

If I got my face that close to my dog's, he'd lick it.

I love your image and the embellishments. Very cute.
Although I must say that whenever i first click on your page, the two doggies make me smile! Such contrasting colors. Gorgeous!

gorgeous!!! Love your colouring!!! and the metal embellies are just gorgeous! HUgs Juls