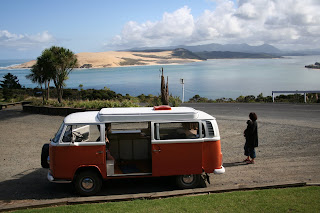 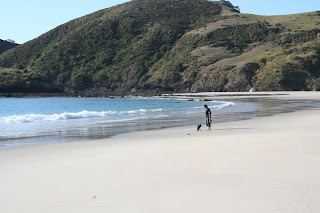 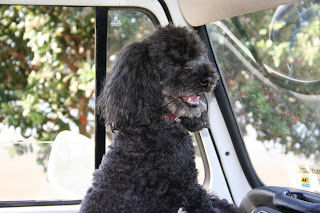 Well, we've been there, done that!  Gav likes to visit out of the way places, so we went to some very isolated places around the Kaipara Harbour, Hokianga Harbour,  up to Spirits Bay near Cape Reinga ( tho not to the Cape itself...too many people!) . We must get a better map tho, his motorbike atlas is wrong about a lot of things!!!!!!!!
The Doggies were very pleased to see us. Poor Brodie got stuck in jail ( kennels) , and I think he thought this was another new home ( we've only had him 3 months!) and it was a bit sucky, being stuck in a run with barking dogs around him. Apparently he barked...a  LOT!!!!  Abbie & Riley mooched around at a friends and Vinnie came with us cos I wouldn't want to inflict his pining and whining on anyone! LOL! He met two very fat dacshunds, 2 chubby schnauzers and a couple of terriers in places we were staying. People kept saying what a pretty girl he was. He HAS A MOUSTACHE PEOPLE!!!!!
Posted by Viv at 3:39 PM

Yehaa, Viv is back!!! Great pictures... how long before you went to check up on your craft room!!!

My wish is to come there someday, beautiful!!