We had a family get-together  last weekend in a  remote, rugged part of the country, with no cell-phone reception.....no internet....but it was fun!
Ever heard of Ngawi?  Cape Palliser?  It's on the Wairarapa coast, overlooking the Cook Strait and can be a pretty wild place when the weather blows in, but luckily we had a great weekend for our trip.   We saw the lighthouse at Cape Palliser but didn't climb up to it ( did that about 20 years ago....)   got up close and personal with some NZ fur seals ( a lot more there these days, they're making a real comeback after being decimated by the early settlers ) , but didn't see any penguins though the signs everywhere said to look out for them. 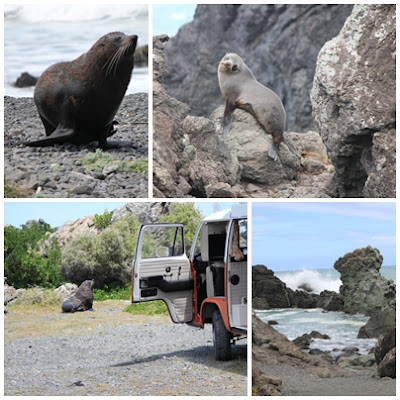 One seal wanted to join us for lunch in the van, then another tried to block us from leaving by lying in a puddle behind us!  We did ask it to move nicely, but it swore lots then decided to let us through! 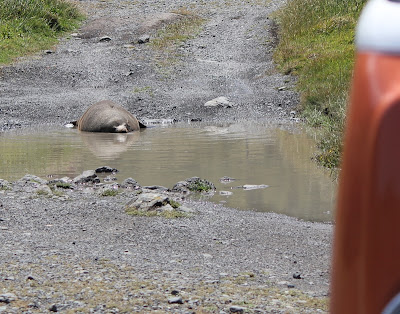 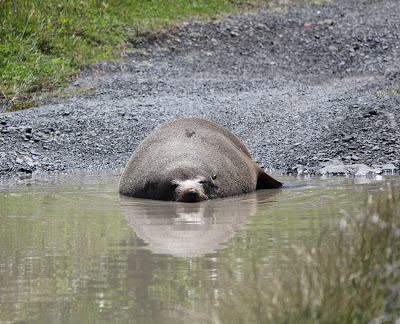 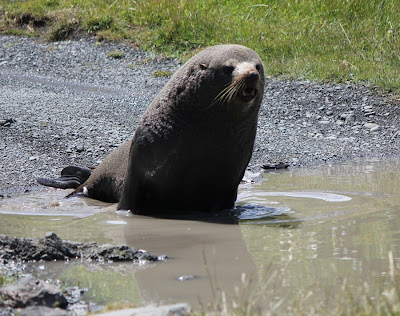 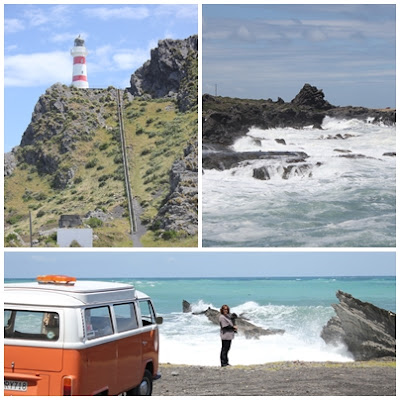 Around past the seal colony is the lighthouse, with a long climb up the stairs to it. 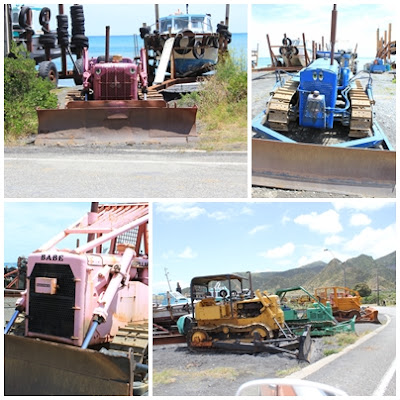 The fishing boats at Ngawi are launched straight off the beach using bulldozers!!!!  And what a collection there are sitting there . Some had names, some had faces, the pink one had a collection box to raise money for a new paint job! LOL! 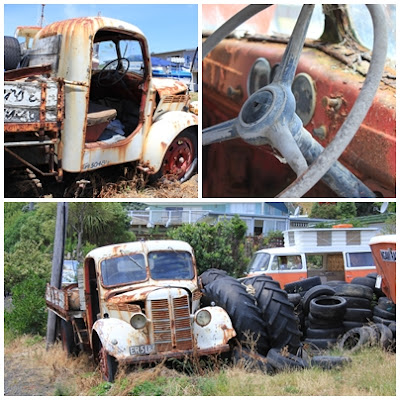 And where we were staying , we had a great view of this old truck! I remember my uncle having one of these when I was a kid, and I loved sitting on the back....... 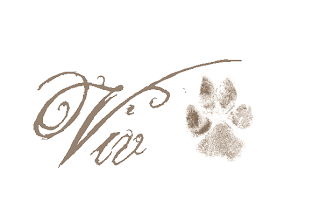 Cool photos Viv. Bet that puddle was a nice warm place for a nap...no wonder he swore at you LOL.