Did ya miss me?

We left home Monday morning after dropping off two of the dogs ( Vinnie goes with mama!)  to their babysitters, headed off in Bryan ,the Kombi,  for a trip around the East Cape of NZ.   Got as far as Waverley when we started to notice engine problems  ( that's only 30 minutes from home!) which then came right, until Marton when he decided to stop on us.  A few minutes mucking around, restarted , drove to an auto electrician, fitted a new coil and we were off again! Yay!

First night at Kuripapango, a beautiful doc camping spot beside the Ngaruroro river , no one there but us! The next morning to Napier, called in to see my brother & his wife and their son and his new dog. What a cutie Speedy is!
Then on to Wairoa, a night at Mum's, caught up with another brother, then headed off to our next overnight stop at Anaura Bay via Tolaga Bay and a walk along its wharf.   The next day it was on through Tokomaru bay, another wharf visit, Waipiro Bay, lunch at Te Araroa where there was a huge contingent of police with plane and helicopter for their marijuana search! LOL! A quick visit to Lottin Point then the night was spent at Waihau Bay, beside the hotel and store where the movie " Boy" was filmed.
We headed off early , stopped to take some pics of the church at Raukokore where the penguins nest 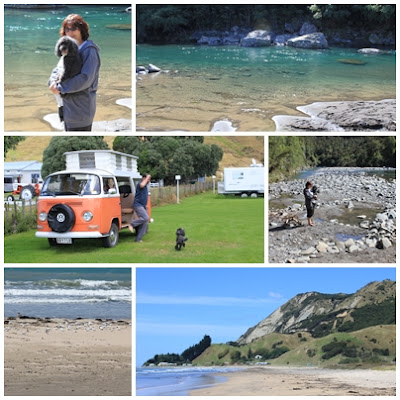 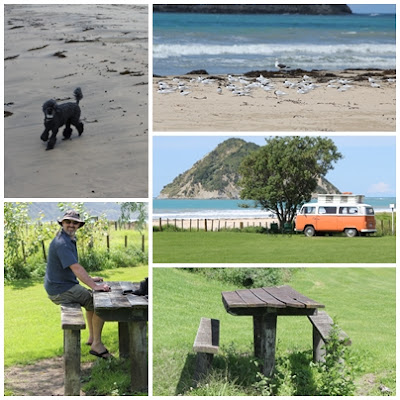 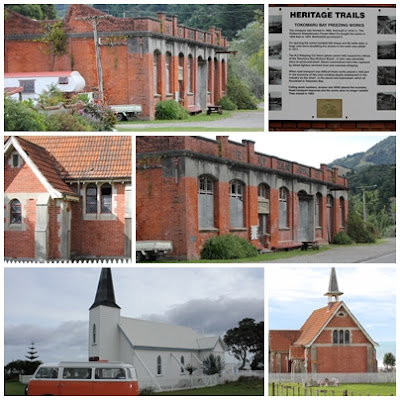 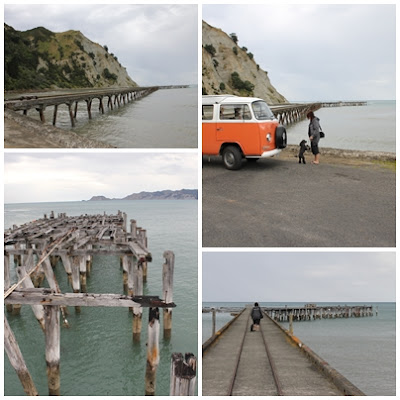 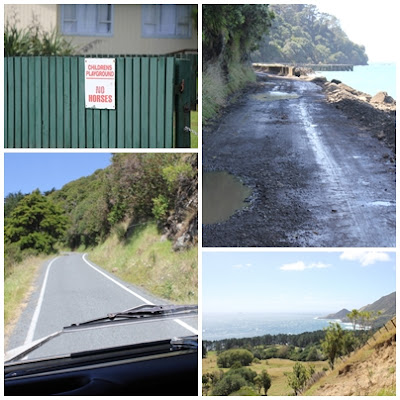 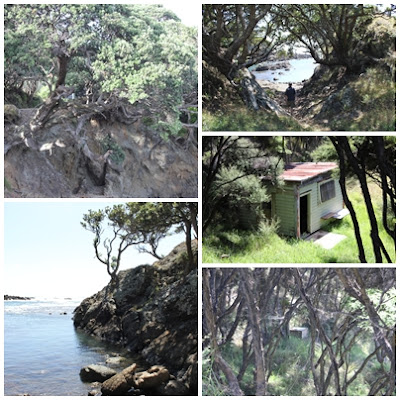 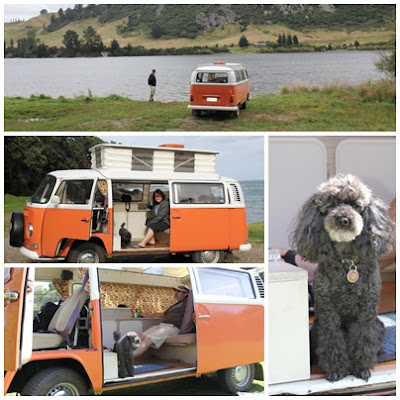 We were intending staying a night at Lake Whakamaru when we got there but a check of the weather on the internet warned us of the nasty weather heading our way so we packed up and took off, driving into increasing rain and decreasing temps, but luckily no wind at that stage.  That hit in the early hours of this morning while we were lying in bed , very glad we were home and not in the van , and hoping our roof stayed on !  The garden is a bit worse for wear, branches down, plants flattened , and most of the ripening pears on the tree are now on the ground! Grrrr!  Brodie likes that though,  yummmmmmmmmm!  Tasty treats!!!!! 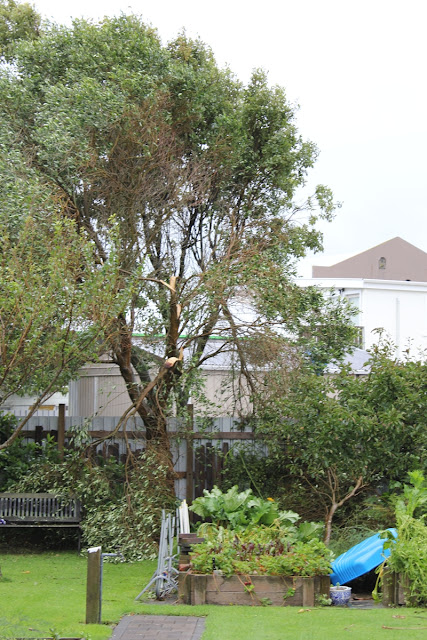 Awesome photos Viv, bet Vinnie enjoyed having Mum and Dad all to himself;-)

So there I was...in Napier...just sitting there with cheese and crackers on my best plate, the kettle bubbling away ...and you never dropped in...I was devastated, had to eat all those crackers all by myself..lol..Glad you had such a good trip, great pics..Vinnie looked very happy, what a cutie.

Wow, so glad that wind waited for you to get home AND your car didn't stop out in the middle of nowhere! Just love all the lovely pics Viv! Peter Jackson has been doing behind the scene's vids of the movie The Hobbit from NZ and your country is gorgeous...he showed where they were filming by a river, they finished that day, and the next where they'd been it was all flooded with water. Thanks for sharing these. :) ~hugs

I love all these beautiful photos>>>> i love the orange van in some of them. I love seeing you and the dog in the photo.... it all looks so lovely.

I"m glad you got home safe before the winds got you but --ooh, your tree!! glad it didn't land on the house!!!